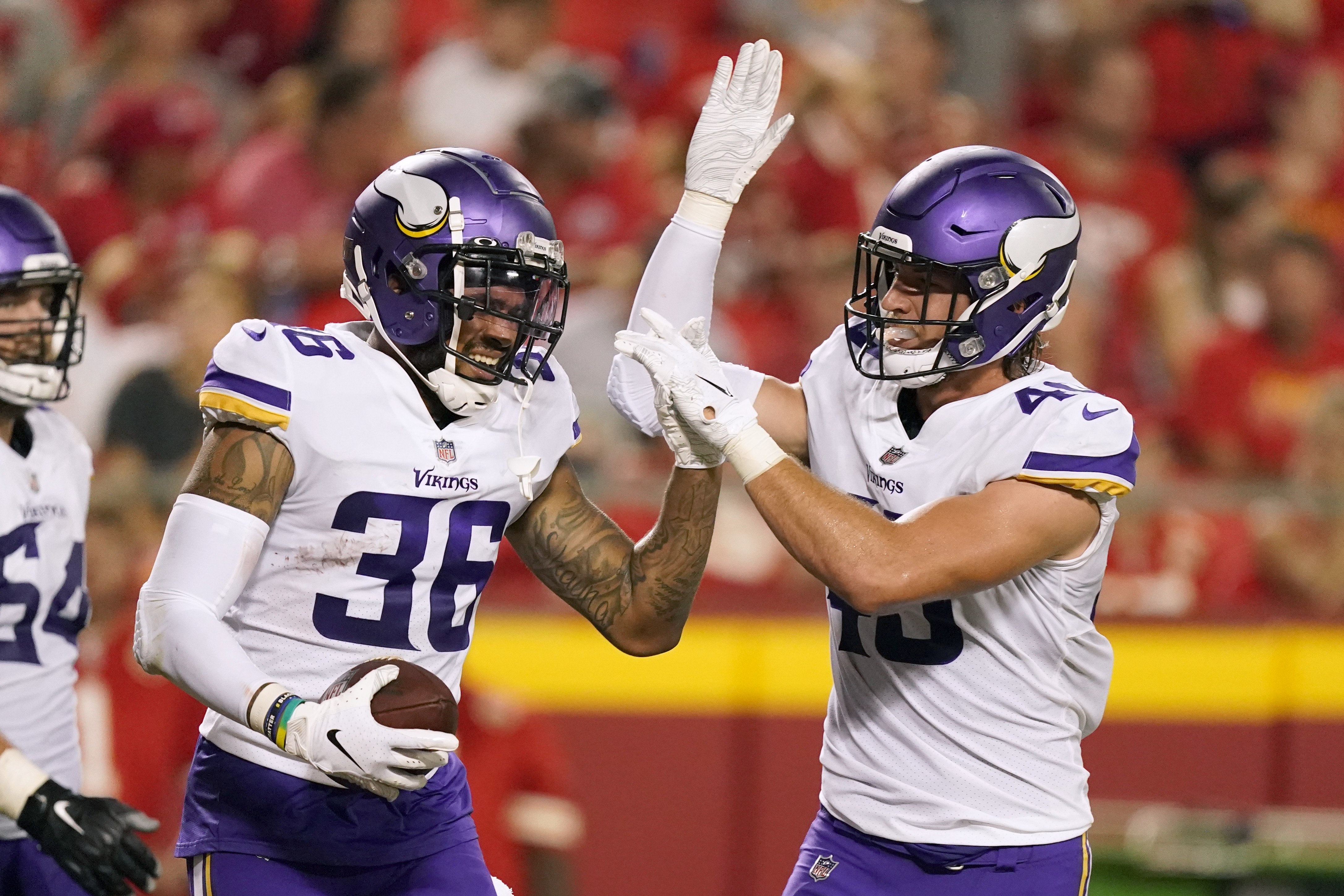 Minnesota Vikings running back A.J. Rose Jr., left, is congratulated by tight end Zach Davidson (40) after rushing for a 32-yard touchdown during the second half of an NFL football game against the Kansas City Chiefs Friday, Aug. 27, 2021, in Kansas City, Mo. (AP Photo/Charlie Riedel)

I don’t know if a single player on the roster bubble helped their case more this preseason than running back A.J. Rose did. The undrafted free agent had two rushing touchdowns and finished with 41 rushing yards on just six carries against the Chiefs. With Kene Nwangwu out, Rose might have made enough of an impression to land on the Vikings’ active roster. If not, I’m sure some other team will end up signing him to theirs.