The Dallas Cowboys have always fared well in popularity contests. Anyone that looks at annual top-rated television programs will undoubtedly find several Cowboys games at the top of the list. When the team is doing well, that popularity is often measured in the fan vote portion of the Pro Bowl process and 2021 is no exception.

With Dallas sporting a comfortable lead in the NFC East a little past the halfway point with a 7-3 record, the standout individual performances have motivated Cowboys Nation to flood the voting process. As a result, several Cowboys are in in good position in the early going for one-third of the overall selection process. Cornerback Trevon Diggsis doing the best among them in fifth place overall while running away with the interception lead with eight in 10 games including two Pick 6s.

After one week… the top five players in the 2022 #ProBowlVote!

Diggs, Ezekiel Elliott, Zack Martin and Tyler Biadasz are all position leaders in the NFC battle. In fact Diggs and his teammates are doing so well, the Cowboys lead all NFL teams in votes. 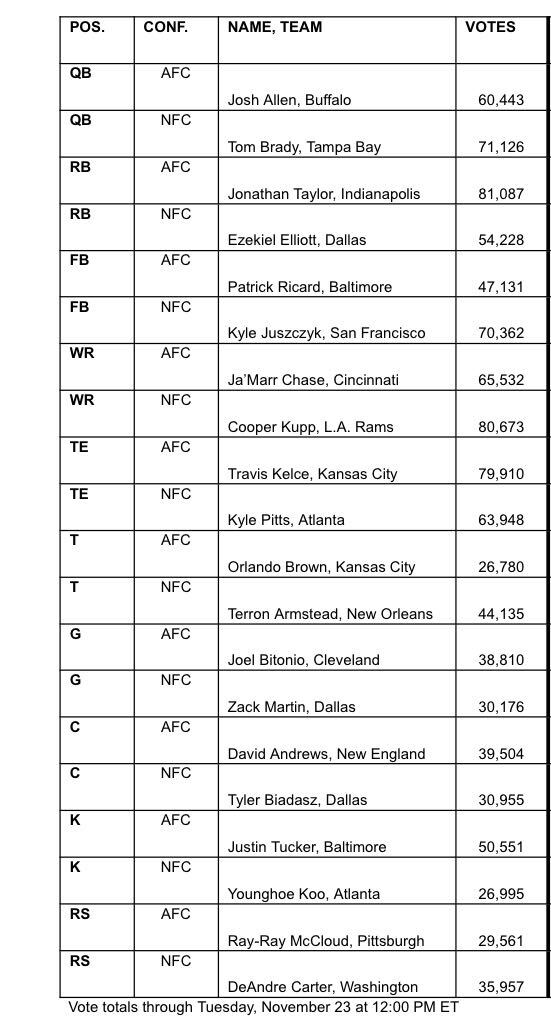 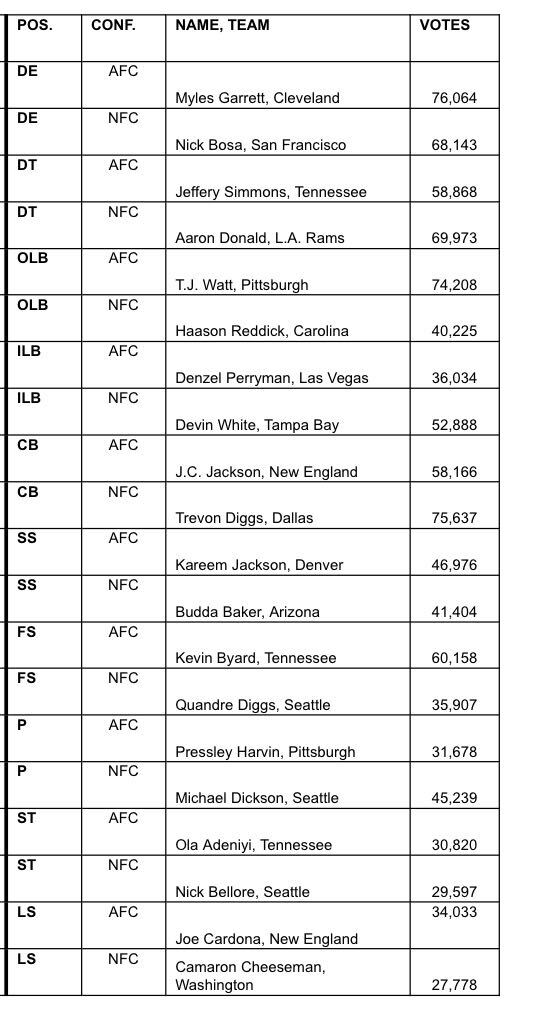 Micah Parsons is currently third among inside linebackers.

Roster selections are determined by the consensus votes of fans, players and coaches. Each group’s vote counts one-third toward determining the 88 All-Star players. NFL players and coaches will cast their votes on Friday, December 17.

The 2022 Pro Bowl presented by Verizon will be played at Allegiant Stadium in Las Vegas on Sunday, February 6, at 3:00 PM ET.

Cowboys 51-man roster vs Raiders as Lawrence returns to practice 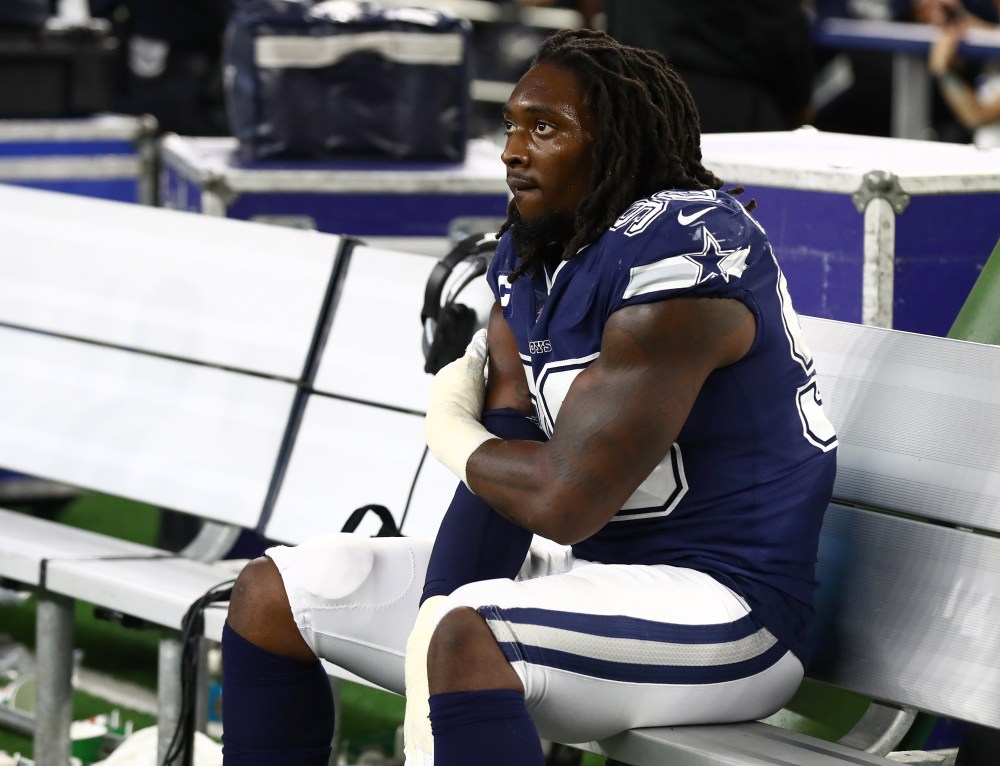 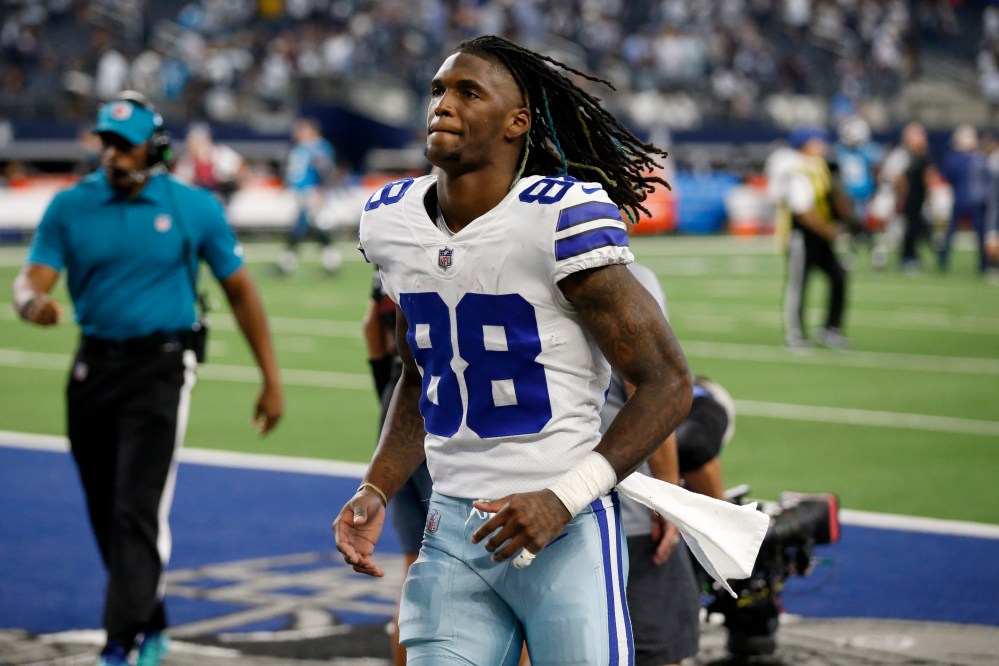