The 2021 NFL season is finally here — and fans will be back in stadiums.

The coronavirus isn’t going away anytime soon, but NFL fans across the country will feel some sort of normalcy when the defending Super Bowl champion Tampa Bay Buccaneers host the Dallas Cowboys on Thursday night to kick off the 2021 season.

Tom Brady, who left the New England Patriots after winning six Super Bowl titles, joined the Buccaneers last offseason and led them to their first championship since 2002.

Brady and the Bucs have a good chance to win back-to-back titles, but the real question is who will try and dethrone the defending champions?

Here are the top 10 NFL teams heading into the regular season. 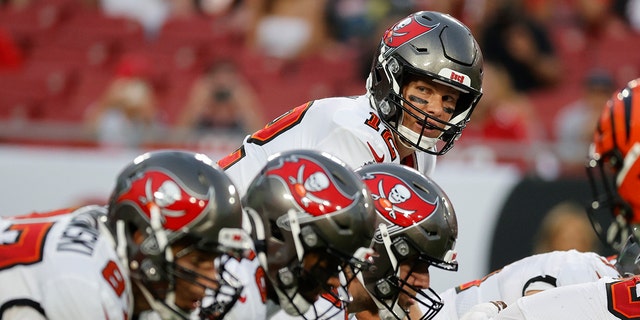 Tampa Bay will also be the first Super Bowl team since the 1977 Raiders to return all 22 starters. The Buccaneers are 100% vaccinated, which further solidifies that they mean business heading into the 2021 season. 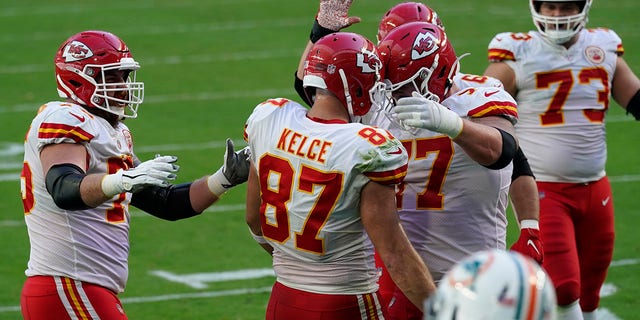 Why the Chiefs are No. 2? After winning the Super Bowl two years ago, Patrick Mahomes and the Chiefs were embarrassed by the Buccaneers in the big game last season. Kansas City lost 31-9 to Tampa Bay and was denied back-to-back titles. Mahomes and the Chiefs’ offensive line were abused by the Bucs’ front-seven, which prompted head coach Andy Reid and general manager Brett Veach to trade for left tackle Orlando Brown Jr., sign left guard Joe Thuney, and draft rookie center Creed Humphrey.

As long as Mahomes is healthy, the Chiefs have a chance to win the Super Bowl. They will once again be favorites to come out of the AFC for a third straight year. 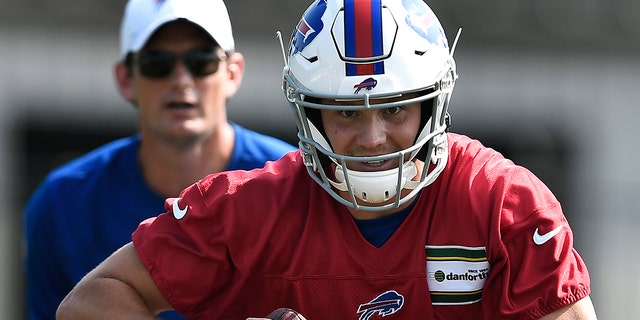 Why the Bills are No. 3? Last season, Josh Allen was born. Bills fans have hope for the first time since Jim Kelly quarterbacked the franchise to four straight Super Bowl appearances in the early ’90s. Allen threw for 4,544 passing yards with 37 touchdowns and only 10 interceptions. He also added 421 yards on the ground with eight more scores.

Buffalo cruised all the way to the AFC Championship Game, but fell to Mahomes and the Chiefs and was denied a Super Bowl appearance. In Allen’s case, there have been many one-hit wonders who have come and gone, so it will be interesting to see if he stays for good and further establishes himself as a long-time franchise quarterback.

The weight of Buffalo rests on Allen’s shoulders.

COLTS’ CARSON WENTZ ELABORATES ON NOT BEING VACCINATED: ‘IT’S A PERSONAL DECISION’ 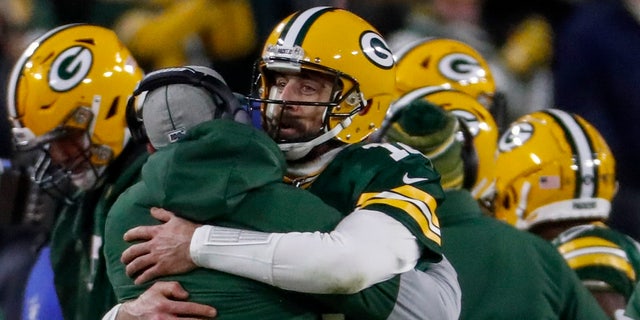 Why the Packers are No. 4? Could this very well be the last dance for Aaron Rodgers and the Packers? After locking up the No. 1 seed in the NFC last year, Green Bay rolled to the NFC Championship Game but fell to Brady and the Buccaneers at Lambeau Field in another disappointing ending to what appeared to be a promising season.

Rodgers, last season’s NFL MVP, threw for 4,299 passing yards with 48 touchdowns and only five interceptions. Wide receiver Davante Adams hauled in 115 receptions for 1,374 receiving yards and 18 touchdowns. And running back Aaron Jones piled up 1,104 yards and nine scores on the ground.

A lot of the gang will be back for the 2021 season in what may be Rodgers’ final season in Green Bay. Could Rodgers lead the Packers to a second Super Bowl title in his Hall of Fame career? 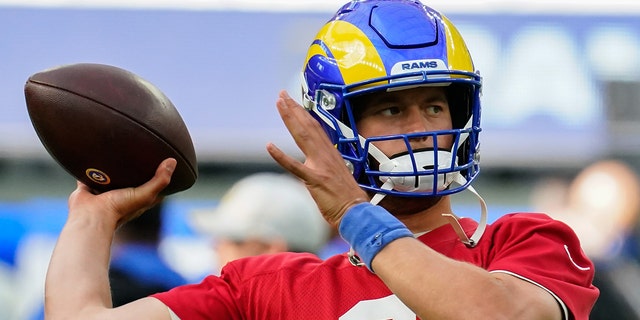 Why the Rams are No. 5? The Rams acquired quarterback Matthew Stafford from the Lions in a blockbuster trade early in the offseason with hopes that he will lead Los Angeles back to the Super Bowl. Last season, Stafford threw for 4,084 passing yards with 26 touchdowns and 10 interceptions as a member of the Lions. Now with head coach Sean McVay in his corner, the sky is the limit for the former Georgia product.

Wide receivers Robert Woods and Cooper Kupp will look to make life easier for Stafford. And All-Pro defensive tackle Aaron Donald and All-Pro cornerback Jalen Ramsey will return to anchor the defensive side of the ball for the Rams. 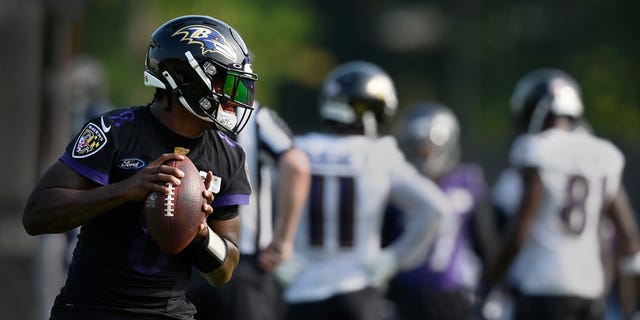 Why the Ravens are No. 6? After failing to win a playoff game during his first two seasons in the NFL, Lamar Jackson got the Ravens over the hump last year when they rolled to a 20-13 victory over the Titans in the wild card round of the AFC playoffs. Unfortunately for Jackson and the Ravens, their season came to an end the following week against the Bills in Buffalo.

Last year, Jackson threw for 2,757 passing yards with 26 touchdowns and nine interceptions. He also ran for 1,005 yards and seven more scores in a productive season following his MVP campaign. The Ravens will only go as far as Jackson takes them. And after two years of knocking on the door, this may very well be the year they blow the door off the hinges. 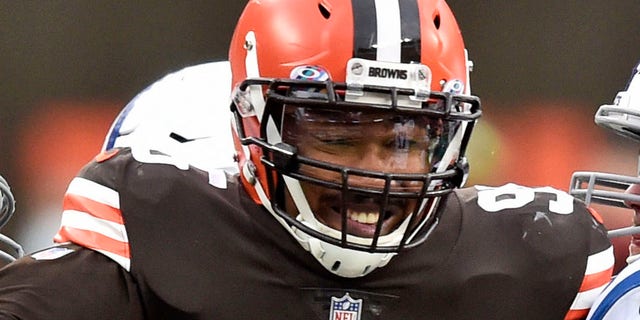 Why the Browns are No. 7? The Browns finally returned to the playoffs for the first time in nearly 20 years, but the franchise isn’t stopping there. Cleveland had a productive offseason, signing linebacker Anthony Walker, safety John Johnson III and defensive end Jadeveon Clowney to help bolster a defense that already features Myles Garrett and Denzel Ward.

Quarterback Baker Mayfield will look to take another step forward with many weapons at his disposal, including running backs Nick Chubb and Kareem Hunt, and wide receivers Odell Beckham Jr., Jarvis Landry and Donovan Peoples-Jones. Mayfield is still on his rookie contract, which means the Browns have the flexibility to do whatever it takes to acquire pieces to help bring a championship to Cleveland. 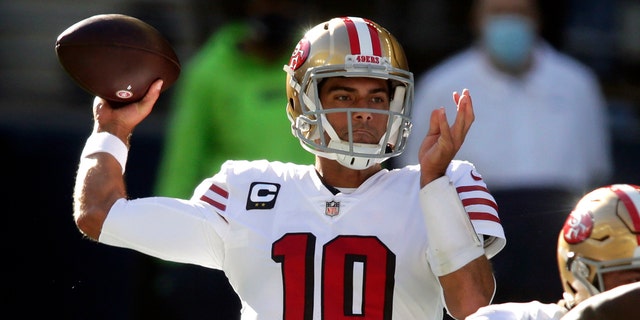 Why the 49ers are No. 8? San Francisco was hammered with injuries to significant pieces of its team last season, but with a favorable schedule and key players expected back healthier than ever, the 49ers could turn into favorites to come out of the NFC. The 49ers are one of three NFC West teams in the top 10 heading into the season, and they will instantly have tough matchups against the Rams, Seahawks and Cardinals, but they will also face the Lions, Eagles, Jaguars, Vikings, Bengals, Falcons and Texans, which are all winnable games.

Look out for the quarterback competition between veteran Jimmy Garoppolo and promising rookie sensation Trey Lance. It looks as if Garoppolo will head into the year as the team’s starter, but with injury history already a concern, a decline in play could be on the horizon, which would mean head coach Kyle Shanahan may need to make a decision down the road.

COWBOYS’ AMARI COOPER: ‘I THINK I’M THE BEST RECEIVER IN THE LEAGUE’ 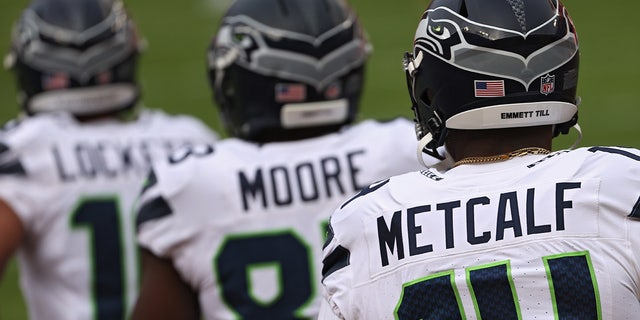 Wide receiver DK Metcalf of the Seattle Seahawks in action against the Washington Football Team at FedExField on Dec, 20, 2020, in Landover, Md.
( (Photo by Patrick Smith/Getty Images))

Why the Seahawks are No. 9? Winners of the NFC West a season ago, the Seahawks will look to get back into the playoffs with quarterback Russell Wilson once again leading the way. Last year, Wilson rolled to a hot start and was a frontrunner for NFL MVP, but he cooled off late in the season from a statistical standpoint, even though the Seahawks closed out the regular season on a four-game winning streak. Wilson managed to finish with 4,212 passing yards and 40 touchdowns.

The NFC West is only getting tougher, and the Seahawks’ run as division favorites could be in jeopardy as the Rams, Cardinals and 49ers inch closer to becoming championship contenders. Seattle will only go as far as Wilson takes it. 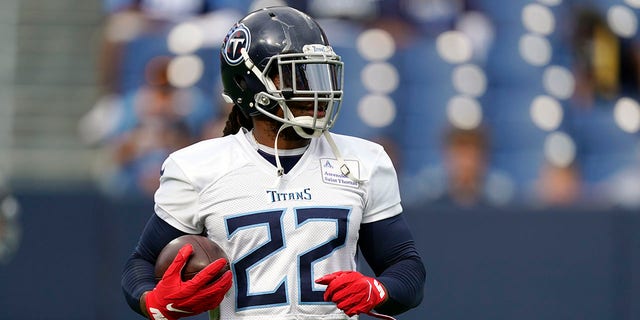 Why the Titans are No. 10? The Titans claimed the AFC South last year, and it looks as if they are headed in that direction once again. Behind All-Pro running back Derrick Henry, the Titans finished with an 11-5 record. The Alabama product rushed for 2,027 yards and 17 touchdowns. Quarterback Ryan Tannehill also had a productive season throwing for 3,819 yards and 33 touchdowns.

Trevor Lawrence and the Jaguars are likely a few years away from competing in the division, and the Texans are on the path of being the worst team in all of football. The only competition the Titans may get in division may come from the Indianapolis Colts, but they are having COVID-19 issues and injury concerns of their own. With the addition of wide receiver Julio Jones to go along with A.J. Brown, the Titans have an offense that could dominate teams in 2021.