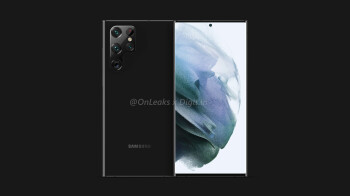 With rumors floating around about whether there’ll be a Galaxy Note 22 or if the Galaxy S22 Ultra will include a built-in S Pen, the ever-reliable leaker Steve Hemmerstoffer has returned with renders to clear everything up.

Here’s our first look at what the Galaxy S22 Ultra should look like.

The Galaxy Note is back! Sort of.

Corroborating recent rumors of a squared-off design, these Galaxy S22 Ultra renders make it clear that Samsung has taken inspiration from the now-discontinued Galaxy Note series. Adorning the front of the next Galaxy flagship is a 6.8-inch screen that features curved edges on either side and extremely thin bezels.

The chin is still a little thicker than the forehead, but with each generation the differences are even less noticeable. In addition to that, and despite adopting an under-panel camera on the Galaxy Z Fold 3, the upcoming Galaxy S22 Ultra retains the punch-hole. It’s now even smaller than before, though.

Turning the smartphone over is where things get especially interesting. Earlier this year Samsung introduced its new ‘Contour Cut’ camera bump, but less than twelve months on it seems to be ditching the camera module.

Replacing it is a weird new P-shaped bump that houses four cameras, a laser autofocus system, and an LED flash. Hemmerstoffer didn’t have any specifications to share, but previous camera leaks have detailed the internals. 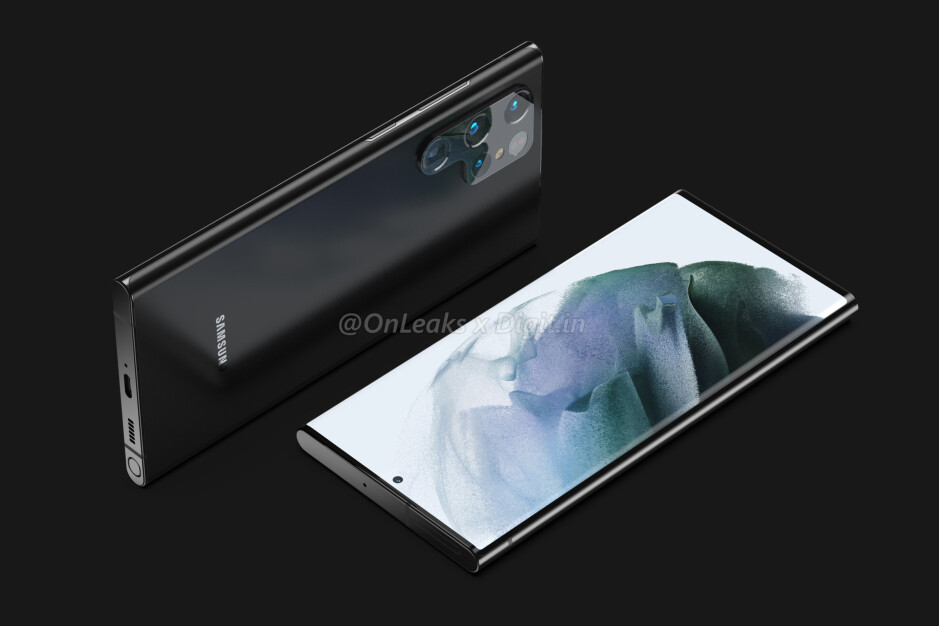 As things stand, the Galaxy S22 Ultra is expected to include a 108-megapixel main camera coupled with three more 12-megapixel sensors acting as the ultra-wide, 3x telephoto, and 10x periscope shooters respectively. Each of those cameras allegedly supports optical image stabilization (OIS) as standard and Samsung is expected to throw in a 40-megapixel front-facing camera too for the selfie fanatics out there.

Arguably the most exciting part of this Galaxy S22 Ultra leak is what lies on the bottom of the phone — a dedicated S Pen slot, something that until now has remained a Galaxy Note exclusive. The feature will undoubtedly be a welcome addition, and it gives loyal Samsung customers a true successor to the Galaxy Note 20 Ultra, which was originally released in August 2020. 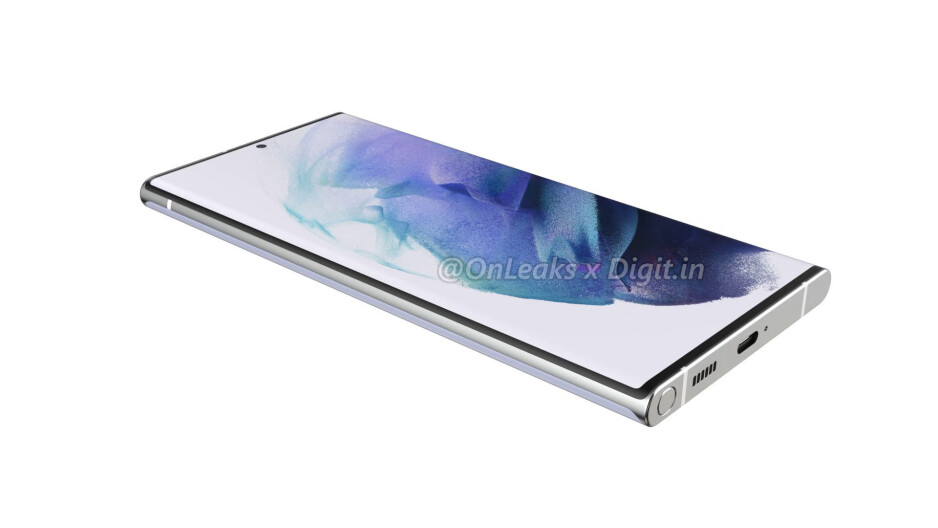 What else does the Galaxy S22 Ultra offer?

The bottom of the Galaxy S22 Ultra is home to a USB-C port, speaker, and microphone. That’s in addition to the aforementioned S Pen. Moving up the right side of the phone reveals a power button and volume rocker.

The top is home to another microphone and the all-important SIM card tray, while the left side of the phone is bare. The frame material hasn’t been detailed, but it’s presumably carved out of aluminum.

As for the inside, Samsung is expected to fit the Galaxy S22 Ultra with the Snapdragon 898 in the US and the homegrown Exynos 2200 with an AMD GPU in Europe and other international markets. A 5,000mAh battery is on the cards too. That’s the same size as the S21 Ultra battery and is quite impressive considering the S Pen usually leads to a smaller cell.