Smartphone gimbals were once a tool for just smoothing out video, but they have since grown into the perfect tools for capturing distinctive angles, creating unique photos, and simply having a more comfortable grip. DJI has consistently put out some of the best gimbals on the market with both the Ronin line for dedicated cameras, and the Osmo Mobile (OM) line for smartphones. With today’s launch of the OM5, DJI is further evolving its stabilizer technology to enable even more creative control.

Many of the features of the OM5 are returning from last year’s OM4, like a folding design for easier storage during travel and a magnetic mount that enables quick attachment and removal of a phone without leveling each time. And of course, all of DJI’s intelligent software features are coming along for the ride, including ActiveTrack, gesture controls, panorama and cloning photo modes, video templates for creating great videos, and many others. 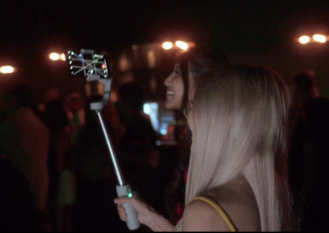 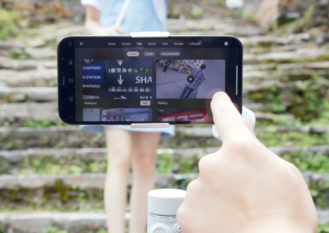 The OM5 also has some new tricks up its sleeve, including a telescoping rod that makes it easier to frame up group selfies or achieve shots at hard-to-reach angles, not to mention simply being more comfortable to hold while vlogging. The number of buttons has also increased for more convenient access to controls.

On the software side, the new ActiveTrack 4.0 is better at predicting motion and smoothly moving to capture everything happening in frame. It’s also adding automatic face tracking for selfie shots so you don’t have to mess around with drawing boxes every time. There’s also a new feature called ShotGuides that detects your environments and offers suggestions for templates and shooting techniques that will give you better results. 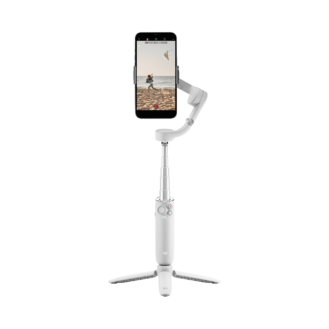 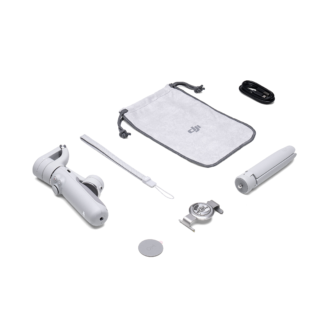 The OM5 is launching for $159 and it’s available in two colors: Sunset White and Athens Gray. If you’re interested in vlogging, DJI is also introducing a new magnetic mount equipped with LED fill lights for $59 to give you a little pop of brightness in darker environments.