The pages from Islam’s holy book were seen scattered on the floor. In Islam, the Quran is considered sacred and cannot be placed on the floor or on any dirty surface.

Players who recognized the religious text posted photos of the scene on Twitter, with one gamer demanding the game’s developers and publishers “remove the pages immediately.”

“Call of Duty is made for everyone. There was insensitive content to the Muslim community mistakenly included last week, and has since been removed from the game,” an Activision spokesperson said in a statement to CNN on Friday.

“It should never have appeared as it did in game. We deeply apologize. We are taking immediate steps internally to address the situation to prevent such occurrences in the future.”

Activision Blizzard publishes Call of Duty, one of the best-selling game franchises in the United States for over a decade. 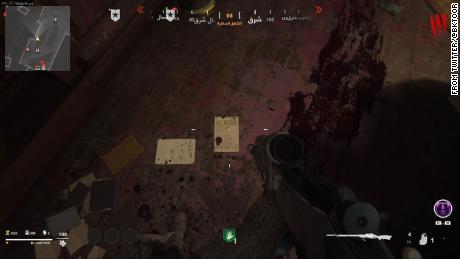 “Sometimes the whole point of a diverse team isn’t just for gender balance, sometimes it’s at least one person pointing out hey maybe putting an entire cultures holy scriptures onto the floor to be stepped as you kill people is super insensitive?” Anisa Sanusi, a Muslim video game developer based in London, wrote on Twitter. “Leave the Quran out of it.”
In Call of Duty: Vanguard, which is set in World War II, players “experience influential battles” of the war as they fight in Europe, the Pacific and North Africa, according to the game’s website.
The pages of the Quran appear during zombie mode during the Der Anfang campaign, a survival mode in the game in which players face a wave of zombie soldiers, according to players who posted the screenshots on social media. 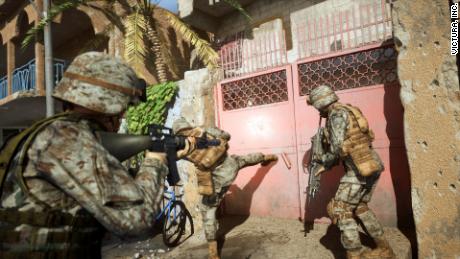 “I understand the effort it takes to make a video game world feel real and believable, however for a piece of set dressing, they could have literally used any other blurb of writing,” Sanusi told CNN. “There was absolutely no reason to bring in the Quran into this.”

Sanusi, 31, said she found the game’s inclusion of the Quran “disrespectful.”

“There is a bare-level minimum of respect expected when it comes to how you treat and portray a religion with 2 billion followers on the planet,” she said.

“When dealing with portraying a culture that is not your own, it’s important to have sensitivity measures to avoid instances of cultural appropriation, or in this case, an unintentionally offensive outcome.”

This is not the first time Call of Duty has attracted negative criticism from Muslim players for insensitive content.

In 2012, developers of Call of Duty: Modern Warfare 2 had to remove a multiplayer map that showed Islamic religious texts including the word “Allah,” which is Arabic for God, in a bathroom, according to Fortune.

Rami Ismail, a Muslim Dutch-Egyptian game developer, said he is “annoyed and exhausted” with the constant misrepresentation of Islam in the gaming industry.

“Games have used Muslim lands as war zones and Muslim people as targets for decades — it is tiring to see additional disrespect towards our people,” Ismail told CNN. “Things like this just really shouldn’t happen.”